Chat with us, powered by LiveChat
Preparedness Sale! Extra 10% OFF with Coupon: "SAS10"

8 signs your tap water might be dangerous to drink

When residents of Flint, Michigan, turned on their taps back in 2014, they encountered an unpleasant brown sludge that tasted like metal. The discolored liquid was an early sign that something was amiss with the city's water supply, which had recently been switched from the Detroit Water and Sewerage Department to the Flint River.

The new water source had corroded the city's aging pipes, allowing toxic levels of lead to seep into residents' drinking water. What followed was one of the worst health disasters in US history, wherein around 10,000 residents were effectively poisoned in their own homes.

The crisis, though an extreme example of water contamination, wasn't a one-off occurrence. Every year, millions of Americans get their drinking water from a source that violates the standards of the Environmental Protection Agency (EPA).

The best way to tell exactly what's in our water is to have it professionally tested, but there are a few ways to screen for contaminants using our senses.

Here are some signs that your tap water might not be safe to drink.

A good rule of thumb is to check for cloudiness. 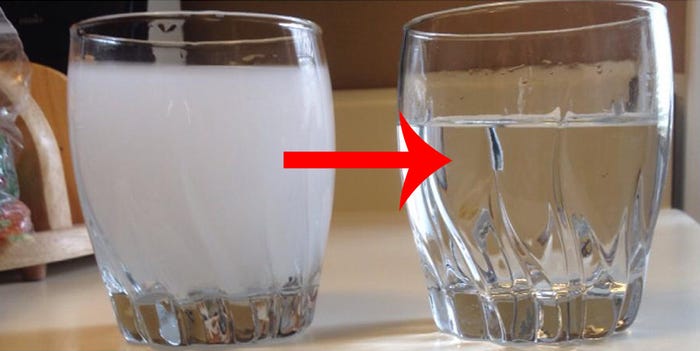 Water that's safe to drink should ideally be clear with no odor or funny taste. One way to tell if water is contaminated is to look for turbidity, or cloudiness. While cloudy water isn't necessarily dangerous to your health, it could signal the presence of unsafe pathogens or chemicals.

Also check to see if your hands feel slimy after washing them with soap and water. 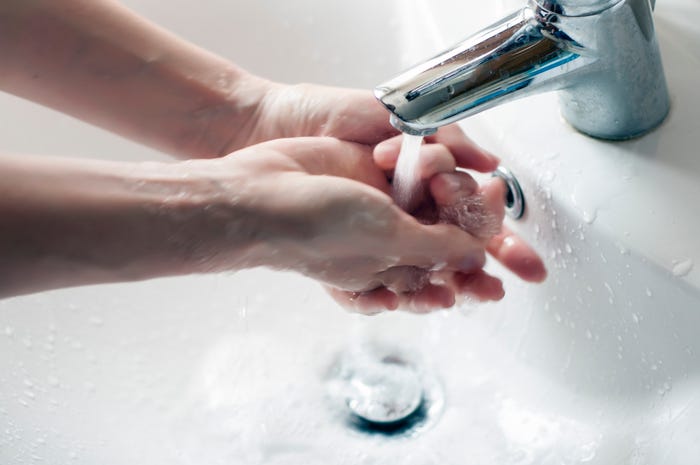 When Flint residents first detected signs that their drinking water was contaminated, they noticed it was "harder" than the water they usually drank.

Hard water is often characterized by a buildup of substances like calcium or magnesium, which can leave deposits on your sink, faucet, or drinking glass. It might also be the reason why your hands feel slimy after washing them with soap and water, or you have to use more laundry detergent to clean your clothes.

Hard water isn't a sure-fire sign that your water source is contaminated — in some cases, it's caused by an excess of calcium or magnesium, which shouldn't pose any harm — but it might be an indicator of metals like aluminium, manganese, and lead.

Yellow, orange, or brown water is never a good sign. 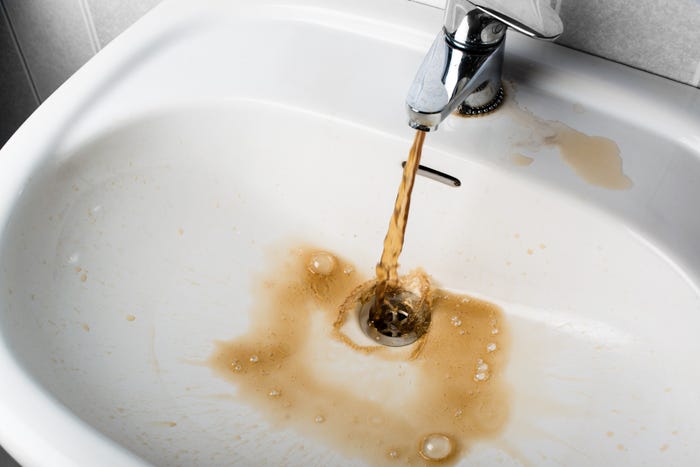 Yellow water could signal the presence of chromium-6, the cancer-causing chemical that resulted in a lawsuit filed by clean water advocate Erin Brockovich. It might also be a sign of a buildup of iron, manganese, copper, or lead. If your water comes from a public system, check to see whether the yellow tint only appears while running cold water, which could be a sign that your utility is simply clearing out its pipes.

Water that's orange or brown could also contain excess iron, manganese, or lead, or signal the presence of rust, which can breed bacteria.

Water tinged with green or blue could contain elevated levels of copper. 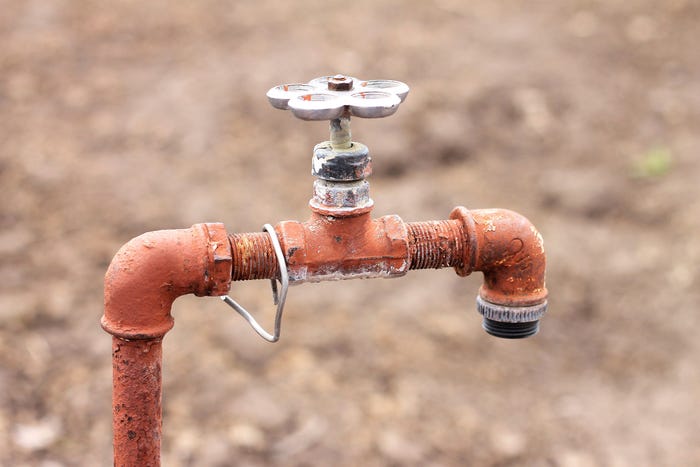 Blue or green water is often a sign of elevated levels of copper caused by corroded pipes. Though copper isn't bad for you in small doses, high levels of exposure can produce health problems such as anemia and liver and kidney damage.

If your water smells like bleach, be wary of excess chlorine. 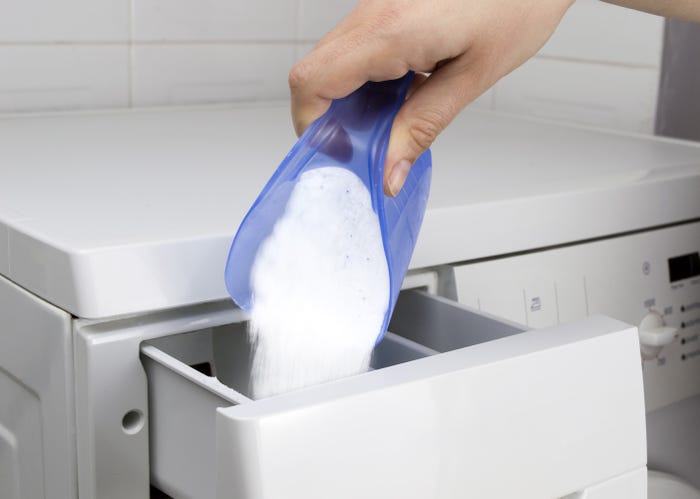 Chlorine is deliberately added to the US water supply to kill germs and pathogens, but when it mixes with other organic compounds it can create a few harmful byproducts.

One of these byproducts, a group of chemicals known as trihalomethanes (THMs), has been linked tokidney problemsandincreased cancer risk. Another, known as haloacetic acids (HAAs), causes skin irritation and could alsoincrease cancer risk.

Low levels of chlorine in the water system can also expose people to aparasite calledgiardiathat causes diarrhea, cramps, and nausea.

If water smells fishy, it could be a sign of barium or cadmium.

Fishy-smelling water could signal an excess of barium, a naturally-occurring chemical that can seep into a water supply through drilling or manufacturing. When barium is present above the EPA's recommended levels, it could cause increased blood pressure, muscle weakness, or kidney, liver, and heart damage.

Water that smells fishy might also contain cadmium, a chemical found in lead and copper ores, which often leaches into pipes through industrial waste. Exposure to elevated levels of cadmium in drinking water can cause kidney, liver, and bone damage.

One helpful way to check if your water is safe is to pour a glass from the tap and move to another room. After swirling the water around, if it still smells like fish, it could mean that contaminants are present.

A metallic taste could signal the presence of excess iron or copper. 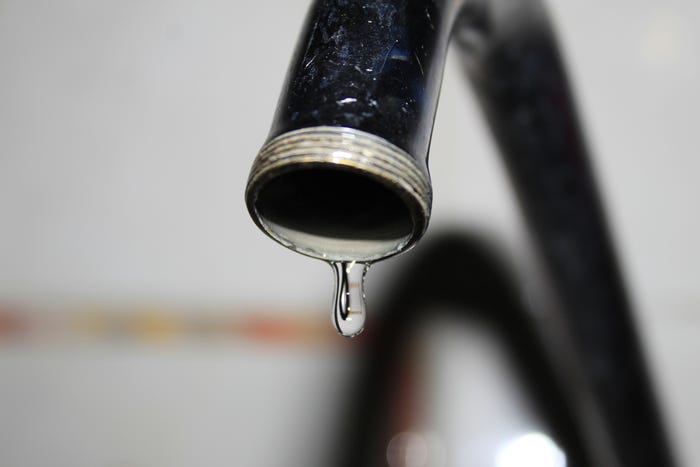 Rusty pipes can release metals like iron, manganese, zinc, copper, and lead into local water supplies, giving the liquid a metallic, or salty, taste. This foul flavor helped alert Flint residents to the presence of lead in their drinking water, but in some cases it's merely a sign of a low pH.

Other contaminants are invisible. 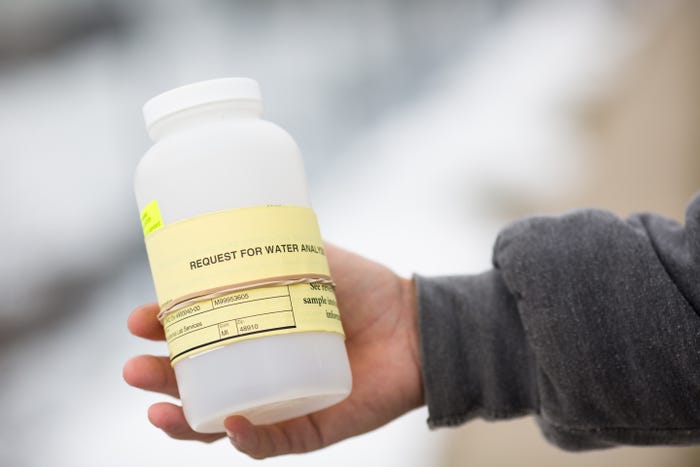 A number of contaminants, including arsenic and nitrates, are hidden to the naked eye. In many cases, a single drinking water system will contain more than one hazardous chemical, making it difficult for individuals to evaluate the overall health risk.

DeWitt said even a reverse osmosis system — the one recommended by Erin Brockovich — can trap contaminated water in its filters. Though she uses a filtration system in her own home, she said it's mostly to remove the bad taste of chlorination byproducts.

Her main advice is to know your water source and read water quality reports from your local utility — even before you smell, taste, or see something bad.